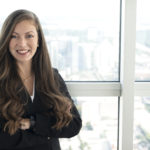 Brooke L. Bentley is a dedicated litigator who handles each case with a practical and solution-oriented approach that is tailored to a client’s unique needs and goals. Representing individuals, small businesses, and large corporations in state and federal courts across the country, Brooke’s current practice focuses primarily on complex commercial tort and product liability disputes in the energy industry as well as matters involving insurance defense and subrogation work in the London and domestic energy insurance market.

Before joining Hall Maines Lugrin, she served as an intern and constituent liaison for U.S. Senator John Cornyn in Austin, Texas. Brooke later went on to clerk for the Honorable Tanya Garrison at the 157th Harris County Civil District Court where she researched and drafted memoranda on unique substantive and procedural issues before the court and conducted research for motion rulings and orders.

In both 2019 and 2020, Brooke spent two summers as a summer associate for Hall Maines Lugrin where she conducted legal research and drafted memoranda for complex commercial litigation matters, including products liability, energy and marine insurance, commercial tort, and professional liability issues. She also drafted and edited discovery requests and responses, briefs, motions, and other litigation documents while also assisting the trial teams with preparation for pre-trial and trial proceedings, including depositions and hearings.

Brooke received her B.A. in political science and journalism from Baylor University and completed her J.D. from the University of Houston Law Center. During her time as a law student, she was a member of the Interscholastic Mock Trial Team and later won the 2020 James J. Hippard Open Mock Trial Competition. She also was named Chief Notes & Comments Editor for the Houston Journal of International Law and was the University of Houston Law Center Chapter President for The Federalist Society.